We are pleased to announce that the Houston Military Affairs Committee (HMAC) will resume our monthly luncheons beginning Thursday, July 8, 2021 (Click here for reservations). Meetings will continue the 2nd Thursday of each month thereafter.

The cost of meetings will be $35.00 per person and includes lunch. Reservations are required. If you have any questions, please contact Betty Manbeck at houstonmilitaryaffairs@hotmail.com. 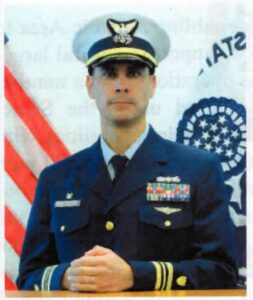 Prior to his assignment to Atlantic Area, he served as Comm-and Center Chief at Sector Corpus Christi where his duties included Search and Rescue Mission Coordinator, Command Duty Officer. And Regional Coordinating Mechanism Operations Officer. He facilitated execution of all Coast Guard missions and coordinated efforts with Federal, State, local emergency responders, and port industry partners for emergent operations in an area encompassing 400 nautical miles of waterways` three ports, including the third largest U.S. petrochemical complex and the maritime boundary line with Mexico.